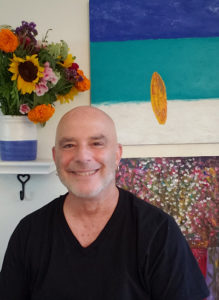 Kevin Roth began to play the dulcimer in 1972 at the old age of thirteen, and at sixteen recorded his first album for Folkways / Smithsonian Folkways Records, which immediately launched him into international fame. Between 1974 and 1984 Roth recorded ten albums with this label, establishing himself as a prominent folk singer and dulcimer player. In 1984, Roth performed the theme to the PBS-TV children’s show Shining Time Station, which brought him to another new and much larger market. His friendship and collaboration in 2006 with Noel Paul Stookey, of the legendary folk trio Peter, Paul & Mary, further cemented Roth in American folk history. His career took him to a concert and symphony stages around the world, to festivals, radio, television shows, and two appearances at the White House.

As his career grew, Roth became professionally and financially successful, winning numerous awards and partnering with prominent companies such as Sony, National Geographic, PBS, Random House, and Time Warner. Then came a sudden diagnosis of Melanoma, and it changed his life. He had a choice to accept a death sentence or to live. He chose life. Through adapting and combining techniques from his music and performance practice with others that he researched, he found a simple and powerful method to change how he lived. Roth discovered how to not just survive but to become truly happy and thrive.

Roth now guides individuals and groups in the discovery of what really matters to them, how to accomplish their goals, and how handling stress is an essential factor in a healthy life.

What are you waiting for?

Why not GO FOR IT and learn to love yourself, have self-compassion, and live a life you deserve that inspires you NOW!